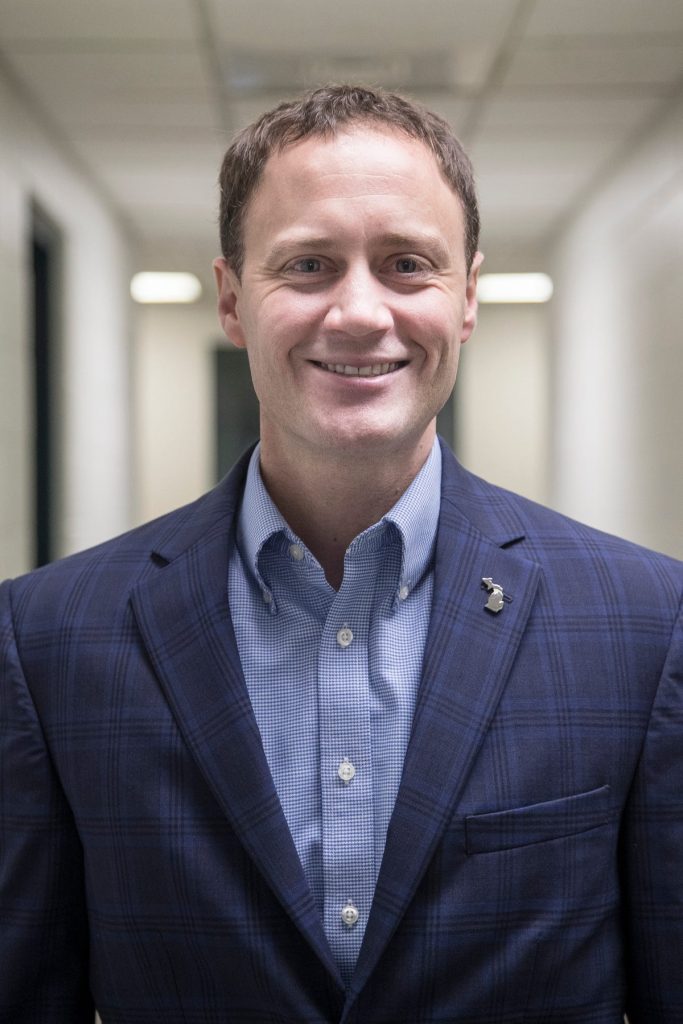 Worked as a lobbyist after his failed Attorney General campaign

“I have not seen evidence that would overturn the election results.”

Called the 2016 election “one of the most uncivil in our nation’s history.”

Endorsed for Attorney General by lobbying group – Chamber of Commerce

“But he’s also had some big losses. The first bill considered by the House after Leonard became speaker was a plan to cut the state’s income tax from 4.25 percent to 3.9 percent. A dozen Republicans joined all the Democrats to hand Leonard a stinging defeat. It happened again late last year when he put up a plan for a vote in the House to change no-fault auto insurance laws pushed by Detroit Mayor Mike Duggan and lost by an even bigger margin. That bill would have allowed drivers to get lower cost insurance with fewer benefits, but it didn’t guarantee long-term rate rollbacks.”

Supported the bailout of Detroit

“points to his shepherding of the bailout for the City of Detroit as one of the best moments for the lame duck governor.”

Would not take a public stance on overturning the Affordable Care Act.

“He wouldn’t say whether he would continue lawsuits started by Schuette that would work toward overturning the Affordable Care Act. He also wouldn’t speculate on whether he’d continue prosecutions of local and state employees for their roles in the Flint water crisis.”

Accused by Dana Nessel of caving in to special interest groups and lobbyists.  She says he put their interests before that of Michigan families.

“Tom Leonard will act as Attorney General just as he has in the state legislature – defending drug companies and the insurance industry special interests who fund his political career at the expense of Michigan families,” said Nessel.

Called Paul Mitchell (who left party after Trump’s voter fraud claims) “one of the most phenomenal Congressmen in the country.”

No response on pushing for a forensic audit

Voted to support 57% of business subsidies.

Voted to impose more regulation on the Michigan energy industry