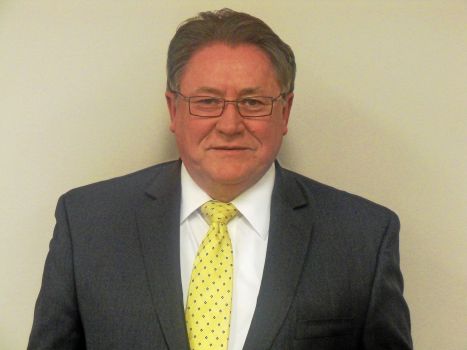 Accepted $1,000 from Ron Weiser, who gave money to support Biden

“During public comment at the board meeting, Shelby resident Grant Golasa accused Supervisor Stathakis, Clerk Grot, and other trustees of corruption related to Fazal Khan, and Grot in particular of committing perjury.”

Regarding 2020 election:  “As far as I’m concerned, everything’s great,” said Stanley Grot, a district-level Republican Party chair in Michigan, a state Trump won four years ago but lost to Biden in November.

“In a fit of Pelosian legerdemain, the 32 chosen matched almost exactly the list of people Grot appointed to his “committees” in the first place. Since Grot’s supporters outnumbered the survivors by this point, the slate was approved, and the meeting was promptly adjourned.

For example, the party’s bylaws require that the delegates to the meeting approve

the procedure for electing members of the executive committee. At the outset, Maynard proposed — in writing — a procedure that would have 2 candidates selected from each of the 13 county commissioner districts, with the chair choosing six more. This would have spread the representation throughout the county and allowed the districts to select their own candidates. This was voted down by a combination of Grot supporters, anti-Maynard types, and those who simply wanted to “do it the way we’ve always done it.”

After Grot became chair of the meeting, he had his rules committee recommend a series of rules to be adopted by the convention, putting the whole nominating committee idea in among such controversial notions as adopting Robert’s Rules of Order. There was no opportunity to vote on them individually, so the whole package passed, thus validating the procedure that was not only already in progress, but to any sentient being, concluded before the convention ever started. There was no way the nominating committee could sift through 80 applications and make any informed decision about the best 32 in 15 minutes. Even to read the applications in that time would have required reading 5.3 applications per minute, or about 11 seconds per application. There was only one set of these — how could a seven person committee read, review, understand, discuss, and decide on 32 people out of 80 applications in 15 minutes? Of course, they could not. The entire outcome was predetermined.

Laughably, the Grot crowd opposed the Maynard-suggested procedures because they wanted everything to be “transparent.” It was a total joke.”

Accepted bribe to drop out of Secretary of State race.

The clear facts are as follows: