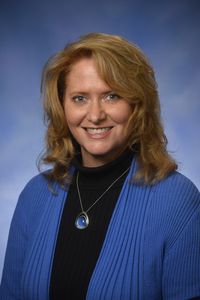 Signed onto McBroom report, saying there was no “widespread” election fraud.

Trump said Lana Theis “forgot she is a Republican.”

“Michigan State Senators sold out the people by refusing a forensic audit” of the 2020 presidential election. He then repeated the falsehood that there was “pervasive Voter Fraud” in the 2020 election, which numerous audits and investigations have failed to substantiate. The statement calls out Theis for refusing to support an audit, and that she “forgot she’s a Republican.”

“Too biased” to chair the House Insurance Committee

“The way this has played out, it looks to me like the insurance lobby got their way,” said Detmer. “She’s not taking calls on this, she’s not taking those meetings. You know, if you pass a law, and then you find out there’s some problems with it, that maybe are unforeseen, maybe they were foreseen, but you chose to ignore it, I would think you would want to fix those problems immediately so nobody’s harmed.”

Theis did not respond to an interview request for this story. She has also not responded to previous requests for interviews about the crisis created by the law.

“Her plans would increase businesses’ health insurance costs, fail to provide real savings, cause insurance profits to soar at expense of taxpayers and small businesses and Medicaid tax burdens to skyrocket to make up the difference of $25,000.”