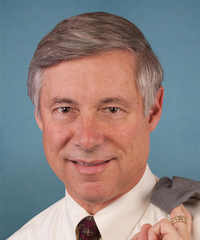 Trump says “Upton does not deserve to keep his seat.”

“Upton has not done the job that our Country needs, for years has talked about leaving office and not running again, and he voted for Impeachment of the President of the United States on rigged up charges. He doesn’t deserve to keep his seat.”

Voted not to fund the border wall

Violated his oath of office and supported red flag laws

Praised by Biden as “one of the finest guys I’ve ever worked with.”

Supported commission to investigate insurrection at the Capital

Would not sign onto pro-life case before the Supreme Court

“We only win by addition, not subtraction. I was a supporter of [Republican Wyoming Rep. Liz Cheney]. I have gotten to know her over the last number of months for sure,” Upton said during an interview on CNN’s “State of the Union” with Dana Bash.

“You are not going to win elections unless you have that big tent. So I was very disappointed about what we did,”

“We believe Congressman Upton’s vote is a betrayal of his oath of office and core values of the Cass County Republican Party,” the resolution said, according to The Detroit News.

Voted for a bill that would provide a pathway to citizenship for illegal immigrants.

Said Biden won the election in December of 2020, in spite of evidence of voter fraud

Liberals call him “a tool of corporate interests hellbent on eliminating entitlements while protecting the rich from tax increases.”

“We believe Congressman Upton’s vote is a betrayal of his oath of office and core values of the Cass County Republican Party,” the resolution said, according to The Detroit News.